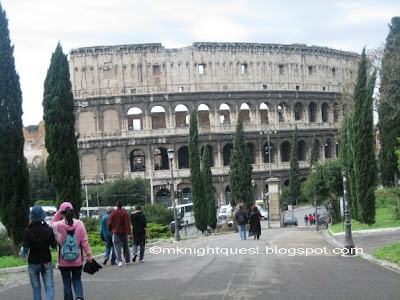 This is one of my 2007 trip to Rome, Italy and here I share with you all The Colosseum.
The Colosseum or Coliseum, originally known as the Flavian Amphitheater , is a giant amphitheater in the center of the city of Rome, the largest ever built in The Roman Empire. 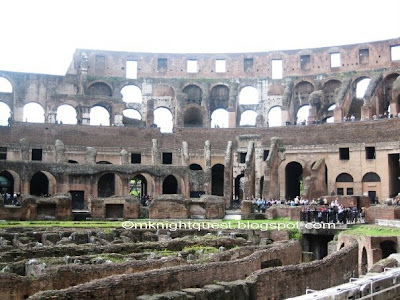 Originally capable of seating 45,000 to 50,000 spectators, it was used for gladiatorial contests and public spectacles. 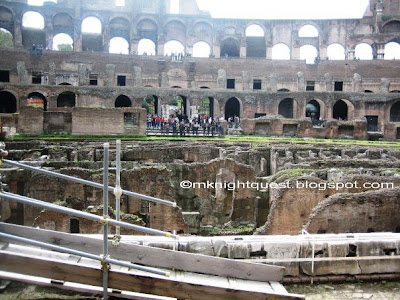 The Colosseum remained in use for nearly 500 years, with the last recorded games being held there as late as the sixth century—well after the traditional date of the fall of Rome in 476. 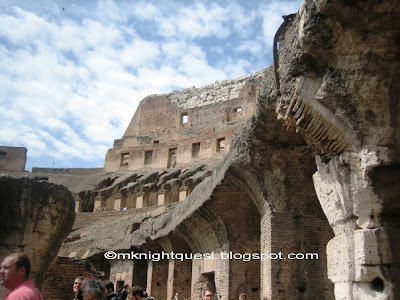 The arena itself measured 272 feet by 157 feet. It was comprised of a wooden floor covered by sand (the Latin word for sand is harena or arena), covering an elaborate underground structure called the hypogeum (literally meaning "underground"). 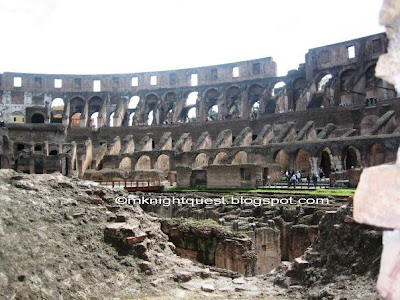 It has been estimate that about 500,000 people and over a million wild animals died in the Colosseum games. 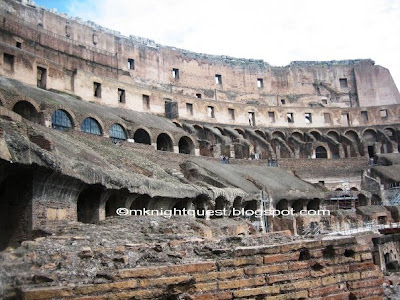 The Colosseum today is now a major tourist attraction in Rome with thousands of tourists each year. 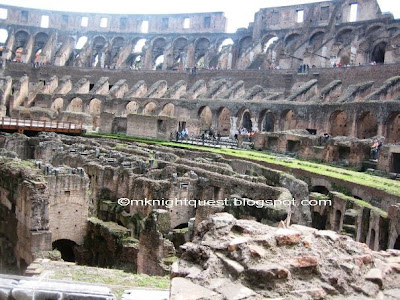 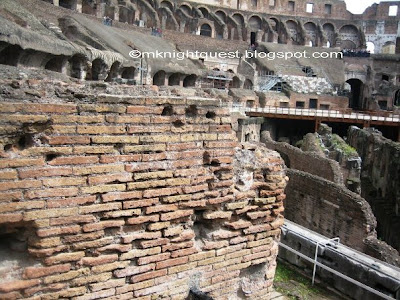 At some corner I stumble a stone has the word POP, wonder which POP is refer to? 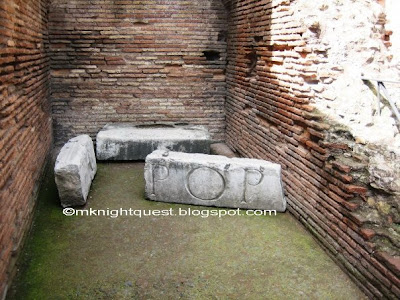 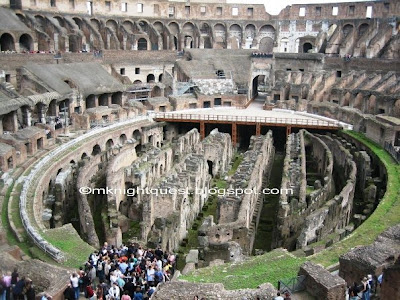 The top view of the Colosseum 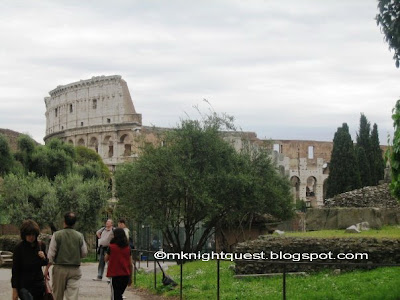 Another look at the Colosseum. If you have watch Jumper before some location is film here. Be sure to visit the place.
Posted by M-Knight at 12:15 PM