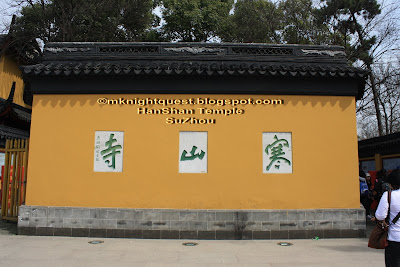 The entrance
The third day we arrive in SuZhou we went to HanShan Temple or "Cold Mountain Temple" a Buddhist temple and monastery. It is located at the town of Fengqiao (lit. Maple Bridge), about 5 kilometres west of the old city of Suzhou. 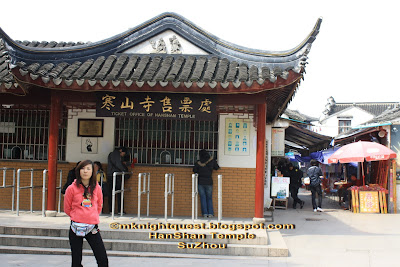 the ticket counter
Hanshan Temple is believed to have been founded during the Tianjian era (502-519) of the reign of Emperor Wu of Liang, in the Southern and Northern Dynasties period. The current name of the monastery derives from HanShan, the legendary monk and poet. Hanshan and his disciple Shide are said to have come to the monastery during the reign of Emperor TaiZong Of Tang Dynasty (627-649). 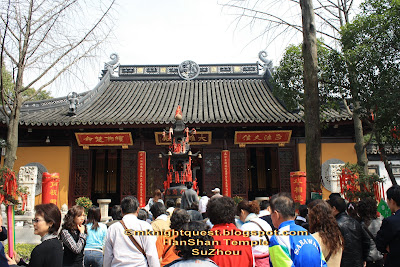 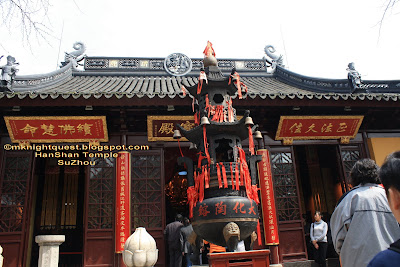 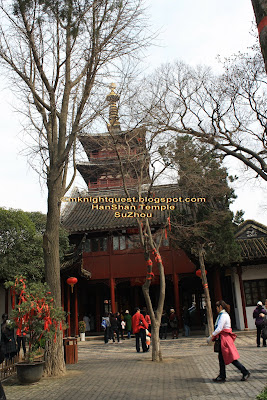 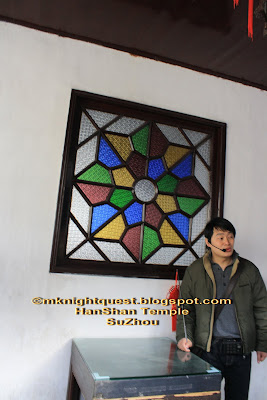 say hello our SuZhou local tour guild Alex is giving us some history lecture about the temple (cute?? does he resemble one of the HK actor??) 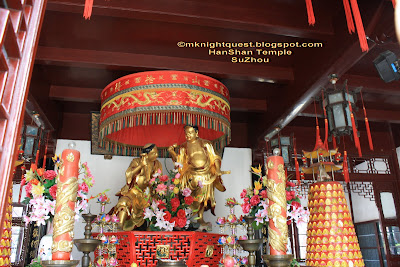 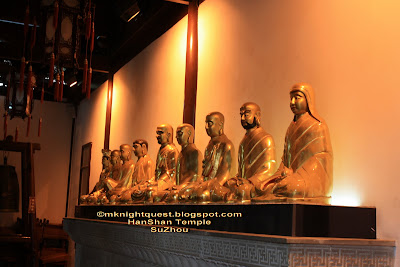 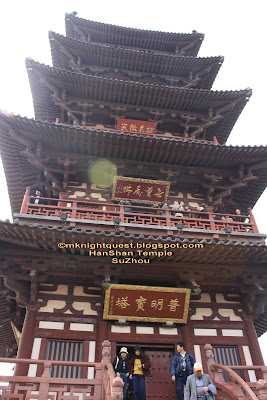 I didn't climb up the Pagoda as there is a lot of tourists there at that time, here is the scene up the pagoda photos from witch, 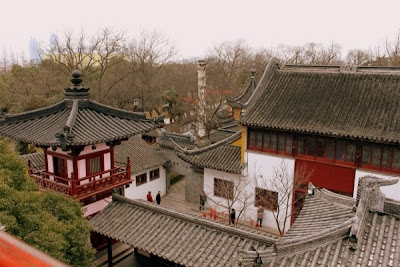 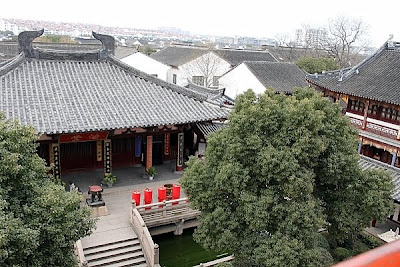 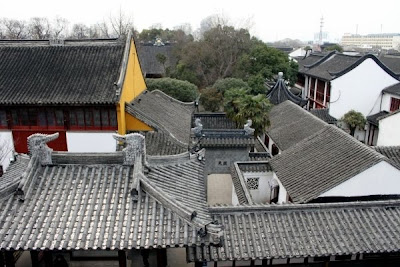 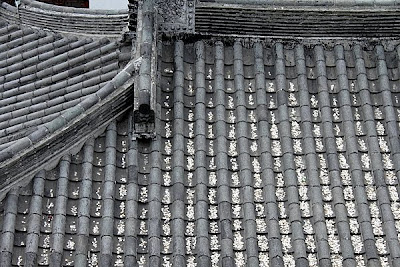 Source: All 4 photos is from witch

Hanshan Temple is famed in East Asia because of the poem "A Night Mooring by Maple Bridge", by Tang Dynasty poet, Zhang Ji. The poem describes the melancholy scene of a dejected traveller, moored at night at Fengqiao, hearing the bells of Hanshan Temple: 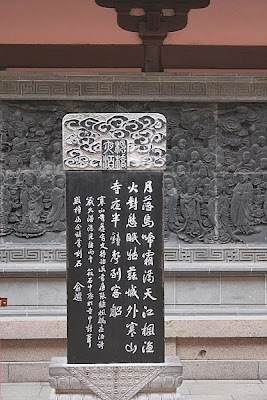 月落烏啼霜滿天，- While I watch the moon go down, a crow caws through the frost;

江楓漁火對愁眠。- Under the shadows of maple-trees a fisherman moves with his torch;

姑蘇城外寒山寺，- And I hear, from beyond Suzhou, from
the temple on Cold Mountain,

夜半鐘聲到客船。- Ringing for me, here in my boat, the midnight bell. 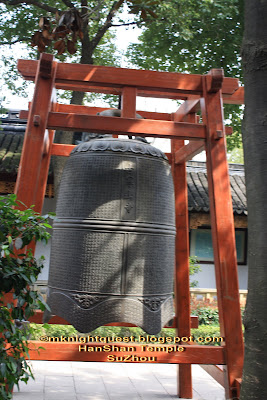 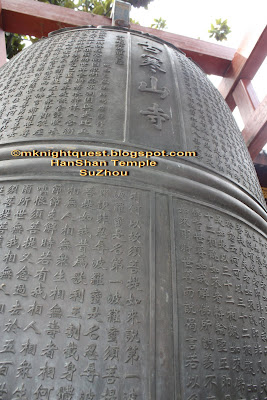 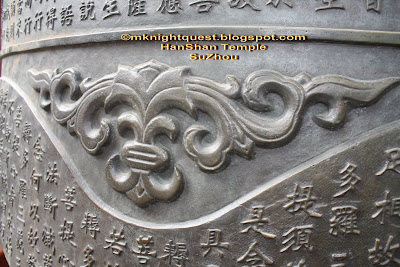 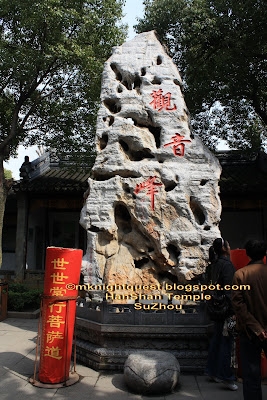 Back entrance of the temple 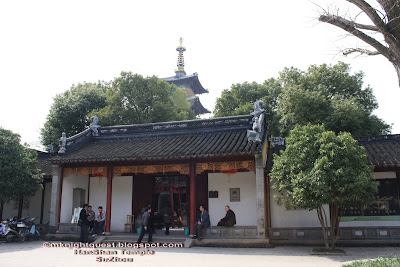 Stay tune for The Lion Grove Garden.
Posted by M-Knight at 8:19 AM

hi..im claire from reanaclaire.com. Came across your blog from sweet witch's blog. I went to suchou last year, looking back the at pics, i have only a vague memory.. but i can remember nanjing pretty well, bec of the eeriness at that place and the hotel that we stayed.. :P

reanaclaire: hi claire thanks for dropping by..to bad I didn't go to Nanjing

uli: ah.. no I didn't went with witch only I borrow few pics from top view of the pagoda from witch blog as I didn't go up the pagoda too many ppl can't go up as that day is SuZhou public holiday...