Here is The Eye On Malacca night shot. 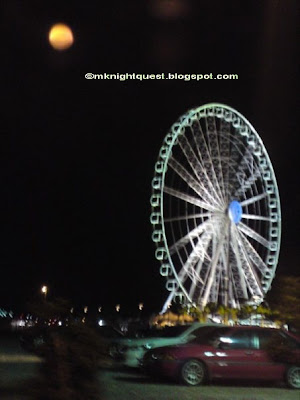 Lucky break able snap togerther with the big round orange moon that night.
Situated on the banks of Melaka River, just opposite the old Cathay Cinema near Jalan Hang Tuah bridge, the 25-metre-high Eye on Malacca is Malacca’s latest tourist attraction. It is expected to be bigger than Taman Tasik Titiwangsa’s Eye on Malaysia, as two other attractions have been added on to it – a trampoline bungee and a pirate ship – which can be experienced as a bundled deal along with a ride on the Eye on Malacca. 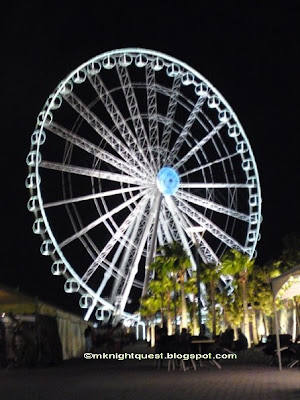 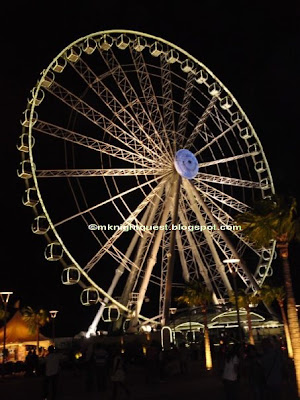 a change of colour
Unlike Eye on Malaysia, Eye on Malacca is expected to be a permanent attraction in the state. At night, the whole attraction area bursts into life with neon lights and colourful lighting's, providing a spectacular sight from afar.
Posted by M-Knight at 12:52 PM